I feel like I’ve been working in games my whole life … before I even knew that was a job. Growing up in Spain, Mexico and France, my friends and I would constantly come up with scenarios, settings, rules … and I was always trying to visualize what those situations would look like and how we could make something that would resemble our silly aspirations. Eventually, chasing dreams first with comic books and then with animation, I landed at a spot where I could contribute to my favorite hobby in a meaningful way. 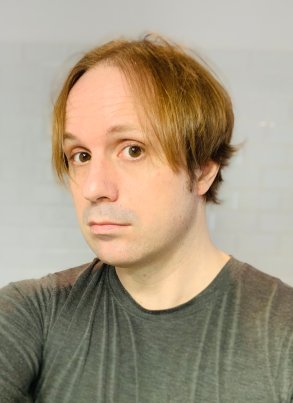 Fast forward to now, 15 plus years in the games industry, I’ve been lucky to work on most kinds of games you can imagine. Sports games, Fighting games, RPG’s, Strategy games, Unreleased games (ha!), AAA games on both console and mobile … I have worked on all those kinds of experiences while wearing many different hats. Fanboy, Concept Artist, Illustrator, Art Director, Art Manager, leader, follower, etc, etc.  “Go big or go home” is almost a perfect way to define everything about my life, even when I get sick! I try to transmit that energy to everyone around me and create a fun working atmosphere for my team.

Currently I live in Barcelona, Spain, with my wife (also an artist!), our dog Mochi and our very old cat, Captain. It was a longtime goal to return to my home country and be able to bring the experience I gathered in the American game business and use it to grow the industry here back home. 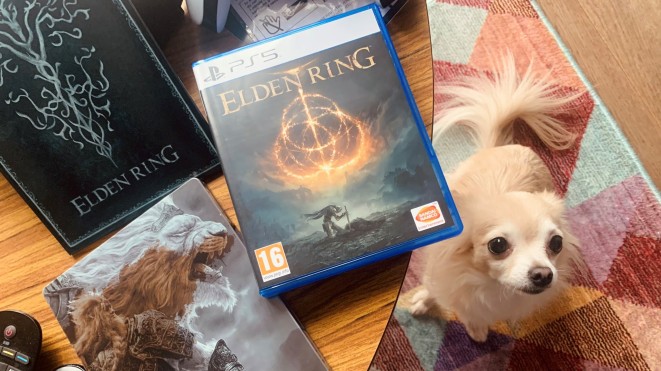 To pet Mochi or to play Elden Ring …. mm

I worked closely with Xavi on a mobile game project from concept to release over the course of a year and a half. We needed a strong and committed artist to take ownership over the visual direction of our game and Xavi delivered, and then some.

Something you’ll notice soon enough is Xavi immediately elevates the energy level of any team that he works on. The passion he has for his craft is absolutely infectious and shows not only in his work but also in those working around him. His enthusiasm and desire to constantly go beyond time and time again was a big team boost.

Xavi bleeds tremendous talent and holds a large ability to produce some truly exceptional artwork. I’ve marveled over our time together at the growth in his craftsmanship as well as his agility, adapting to different needs while still producing beautiful results. His inspiring work was the vision we strove to bring to life.

Lastly, Xavi has displayed a great sense of leadership and responsibility. His openness to share with co-workers and raise the talent of those around him is a great asset. Not only does he push his own abilities, but he also strives to provide guidance and support in growing those around him.

Xavi is a huge team player. I don’t think I could have asked for a better partner during our time together. He’s an exceptional talent and a valuable addition to any team. I’d jump at a chance to work with him again.

I worked with Xavier for almost 3 years at Electronic Arts Salt Lake. We worked together on a variety of projects, including approximately 18 months when I was the Scrum Master responsible for his work. As a producer/engineer, I am not in much of a position to comment on his artistic skills, although I personally like his artwork. I can say that through four different art directors, I have never had one complain to me about the quality of his work.

As a worker, Xavier is defined by his passion and his creativity. You can bring him in to a brainstorm on any topic, and within a half hour, he will have given you a half dozen new and diverse ideas. He is always willing to bear down and do tough work when necessary (I remember one presentation when he took a few pieces home every night and worked until 3 AM for a week straight). I honestly can not think of a single time that he did not deliver on the work that he had promised. His natural instincts do not always lend themselves to corporate management structures like Scrum, but he was always willing to take feedback and do his best to conform.

Xavier is the kind of guy who can single-handedly improve office culture. He is always ready with a quick joke, always up for any sports, games, or other activities, and his diverse background helps him relate to a variety of people. There are very few people who spend time with Xavier and don’t like him.

I would not hesitate to bring Xavier into any situation that welcomes creativity, hard work, and artistic skill

Xavi is a guy that you want on your team, period. He brings an energy to a project that few can match. His output is consistently energetic, creative, and complete — a rare combination. He’s also willing and able to learn — he’s always looking for that ‘next thing’ that can help him push his work to the next level.

Xavi worked for me and provided concept art on a number of different and varied projects over the past two years. He contributed to a wide variety of projects and from licensed Hasbro titles to unique new IP development and always had something original to bring to a project.

Xavi proved himself to be a valued and versatile member of the team and an extremely passionate and creative individual who cares about the work he does. He is not only a talented concept artist but a 3D modeler and texture artist, skills he also brings to his concept work. It is my pleasure to give Xavi my recommendation Xavi and hope I have the opportunity to work with him again in the future.